In Sheffield, the most concerning air pollutants are nitrogen dioxide (NO2) and particulate matter such as PM10 and PM2.5, which indicate particle size with aerodynamic diameter 10 and 2.5 micrometre, respectively. Air quality Management Area (AQMA) in Sheffield is mainly declared on the basis of these two pollutants, however, the importance of other pollutants like ground level ozone (O3) can be ignored.

Although the network has been of great use providing data for various purposes, it has low spatial resolution, which is not dense enough for developing high resolution Air Quality maps to highlight local variations in air pollution levels and help identify the main drivers of poor air quality.

The Sheffield Urban Flows Observatory intends to structure an Air Quality Monitoring Network to provide a multipurpose and systematic network made up of several layers of sensors. These will consist of: 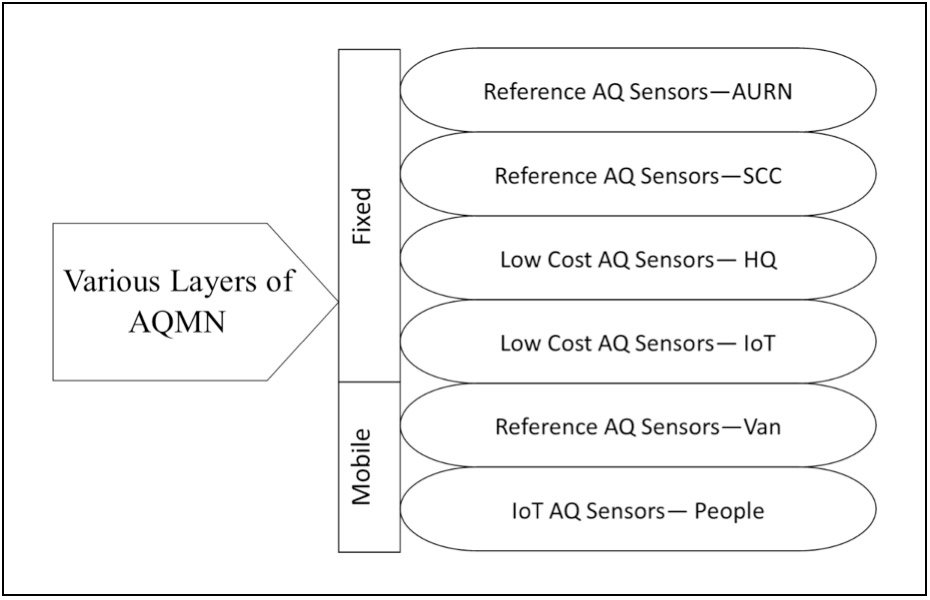 The price of low-cost sensors ranges from a few tens of pounds for a single pollutant sensor (e.g., IoT sensor) to several thousand pounds for a relatively sophisticated multi-pollutant and meteorological sensor with communication capabilities.

Data collected by these sensors can be used for detailed spatial and temporal mapping of air pollution, especially over small areas such as an urban locality or a part of it, for atmospheric model validation and for assessing population exposure.

In the Urban Flows Observatory, low-cost sensors will be deployed in both static (fixed) and mobile mode. Each of the sensor types has different characteristics in terms of spatial and temporal resolution and quality of data.

Gateway is used for communicating the data using wireless communication protocols based on ZigBee standard. Using GPRS, the Gateway device communicates the collected data to the cloud, where the EnviroView software is located.

Nine reference sensors and forty-two low-cost sensors will be distributed across the city. 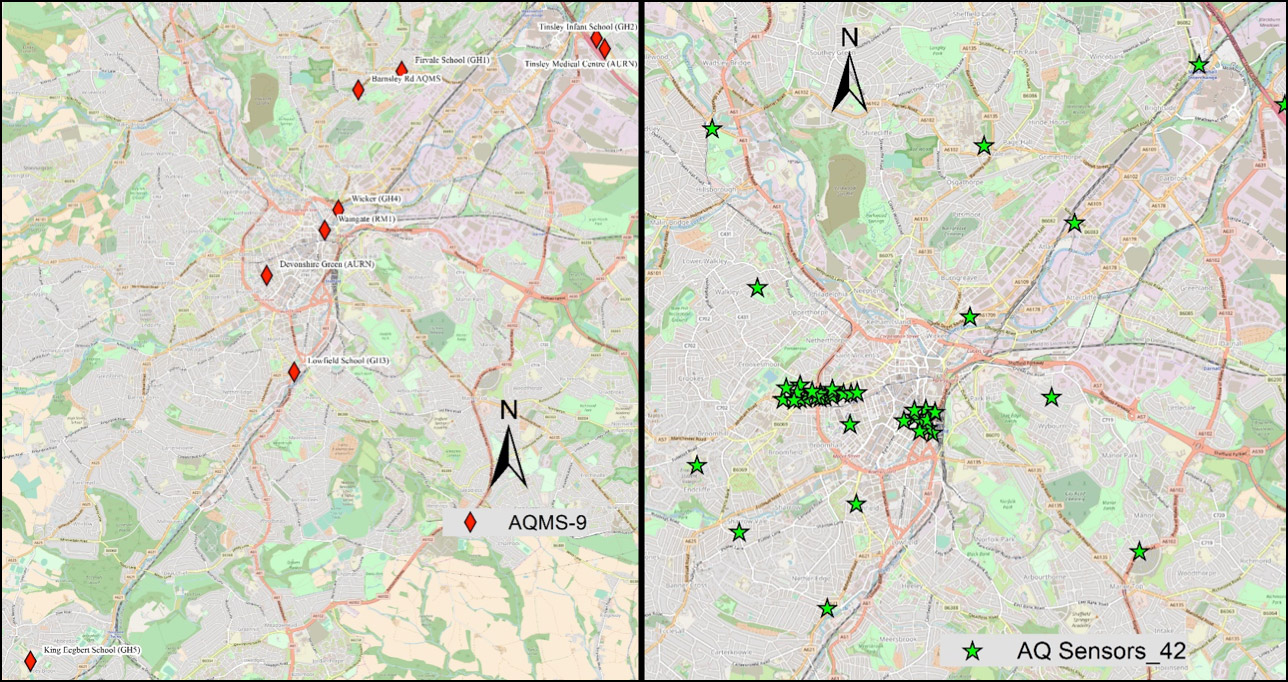 Two clusters of sensors (18 sensors) will be deployed in the University of Sheffield and one cluster (10 sensors) in the City Centre. These clusters are meant to provide a dense network of Air Quality Monitoring Stations to capture local micro-level variations in air pollutant concentrations. The remaining fourteen (14) sensors will be deployed throughout the rest of the city as shown in Figure 2.

The sensors are sited on the basis of population density (resident/km2) and levels of air pollutants. Furthermore, the purpose of air pollution monitoring and the opinion of experts’ having experience of the local areas also played an important role in deciding the locations for sensor placement.

Monitoring the Air Quality in Sheffield is an ongoing process, with improvements continually being made to the monitoring network.

The Urban Flows Mobile Urban Sensing electric vehicle (MOBIUS) will head out on the roads mid-summer 2018 to bring an added perspective to the network.